A LinkedIn post indicates a Google platform for AR

Mark Lucovsky, the new Senior Director of Engineering, Operating Systems and AR at Google, shared this in a LinkedIn post:

“This morning I became a Noogler (for the 2nd time). My role is to lead the Operating System team for Augmented Reality at Google. If you are interested in joining me on this journey, I’d love to talk. Here is a link to one of the many positions I’m working to fill”

Note: a ‘Noogler’ is a new employee at Google. 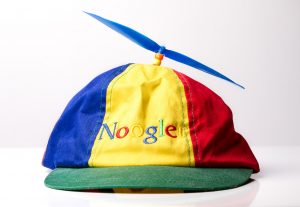 Lucovsky previously worked at Meta, developing an in-house alternative to Android for Meta’s hardware portfolio. Where before Meta, he co-authored the Windows NT operating system. Naturally, Mark Lucovsky possesses plenty of credentials to be developing an AR app store.

While another open posting can be found for a Senior Software Engineer position, describing that the company seeks to help develop an “innovative AR device.” Additionally, in the position description, it says that Google’s “team is building the software components that control and manage the hardware on our Augmented Reality (AR) products. These are the software components that run on the AR devices and are the closest to the hardware. As Google adds products to the AR portfolio, the OS Foundations team is the very first software team to work with new hardware.”

Other job listings alluded further to an AR headset and AR Operating System, but posting more here would be redundant.

In any case, this spelled the reality industry to guess that Google is attempting at another Augmented Reality device and a new operating system for AR.
The question is just if the company is aiming to announce a follow-up to its existing Google Glass for enterprises or if they are planning to, once more, release an AR headset to the consumer market.

Google history with the reality market

Google is well-known for employing a strategy of ‘throwing new products and software solutions at a wall to see what sticks’ – and it is no different for their efforts in the reality market. It started with the AR headset: Google Glass, which ultimately fizzled out of the consumer sphere. Which then Google since pivoted to the enterprise market.

Then they attempted to enter the VR market with two offerings: Google Cardboard for VR on a smartphone; an inexpensive cardboard-origami-like solution, enticing newcomers to VR. The second, Daydream VR, a more advanced smartphone VR solution that cannot be purchased anymore.

Lastly, YouTube owned by Google has a VR functionality for every video on the platform.

How will Google fair with a new AR device?

The Augmented Reality market is heading into an ever-steepening competitive landscape: from Microsoft HoloLens 2, the Chinese Nreal Air, and the upcoming Lynx R-1, to the much percolated Apple AR headset, Samsung’s acquisitions alluding to an AR device, and the newest development from Lenovo and Motorola, partnering up to develop an AR headset. Together with the other category of Assisted Reality devices from RealWear, and the newly announced Oppo Air Glass.

It seems that Google seeks to carve a piece of the AR market expected to achieve a valuation of USD 340 billion in 2028, added to the fact that Google has previous experience in developing software for AR devices: with ARCore and Project Tango. 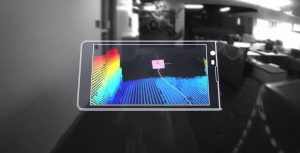 Google’s new open positions allude to an AR product release and a new AR operating system based on the requirements for the new employees they are seeking. This hints at Google once more trying to enter the AR market, aiming to grow their business within the rapidly expanding AR market. It will be interesting to see what Google has in store for us.