Release date of the Apple Reality One

The Apple MR headset will launch in 2023 after R&D issues like heat dispersion caused a delay in the announcement and production from shipment in 2022.

According to a recent report from the Taiwanese tech news outlet DigiTimes, Apple Reality One will use the Taiwanese Pegatron as its manufacturer. Further, production will allegedly begin in March 2023, producing 750,000 units for business customers.

Price of the Apple Reality One

Regarding the price of the Apple headset it looks to be in the range of $2,000 and $3,000 according to leading Apple insiders and analysts. The price aligns with Apple’s premium price structure and will also take into account increasing inflation creating higher production costs. This VR functionality is expected due to the rumored display engines that will be used on the device allowing for an 8K viewing experience. Apple’s huge expenditure in LiDAR and cameras are expected to allow for spatial mapping, object detection, face tracking and hand tracking.

It is speculated, from recent Apple patent filings, that the MR headset will come with a “thimble-like” add-on. This finger attachment will be placed on one of the wearer’s fingers, assisting with hand tracking in intricate actions such as scrolling pages and pricing up delicate 3D objects. Additionally, a full-color video passthrough will also be featured in the Apple Reality One.

Apple is known for its high standards of industrial and minimalist design. This is why the novel design aesthetic of a fabric exterior is rumored to be on the N301. A design that stands out and decreases the weight of the headset itself. Furthermore, reports indicate that the weight would land between 300 and 400 grams. Current estimates of the design from supposed back-door viewings show this headset design from The Information. Display of the Apple Reality One

The Apple mixed reality headset will have a 3-display configuration. Two micro OLED 4K displays for each eye, totaling 8K, manufactured by Sony and a third AMOLED display engine for the wearer’s peripheral vision.

It is expected that the Apple Reality One headset will use Pancake optics technology like that found in the Pico 4, enabling a slimmer and lighter profile.

The Apple VR device will also be equipped with dynamic foveated rendering, vastly improving the visual quality and crispness of the mixed reality experience

The Apple Reality One headset is expected to run on a fully purpose built Apple operating system called Apple rOS, which will allow the maximum potential of the device to be found, as is often the case with Apple. The company is well known for building its operating system in tandem with its devices. 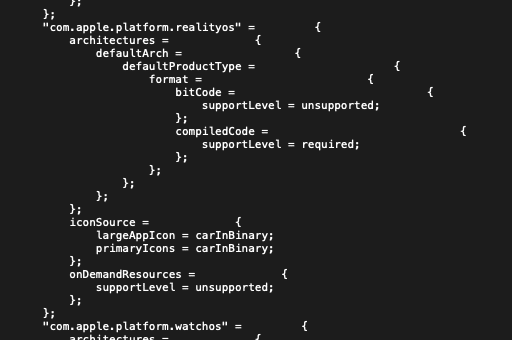 The use of the Apple rOS closed ecosystem will likely also lead to a seamless integration with users other Apple devices like the Iphone 14, Ipad Pro and Macbooks making it more enticing for existing Apple users.

For comparison, most other VR headsets use a modified variant of Google’s Android operating system, soon to be its own augmented reality OS.

M2 Processor in the Apple Reality One

The Apple Reality One will have the most powerful chip ever found on a standalone VR device. The device will equipped with Apple M2 chip, providing 16GB of RAM.

Combining this chip with the Apple reality operating system and an MR HMD will likely provide a highly optimized, smooth-running, and powerful experience. To put this into context, other standalone headsets have struggled to deliver impressive specifications due to their limitations on processing. The Apple Silicon M2 chip means that the standalone Apple headset will be far superior in battery usage and processing efficiency. In fact, Apple is likely planning to incorporate this into their marketing, calling the headset’s processor a “Reality Processor” from a recent trademark filings.

Apple’s mixed reality headset will feature WiFi 6, enabling a fully standalone experience while the headset off-loads some of its processing to a Mac, iPad, or iPhone wirelessly and with minimal latency.