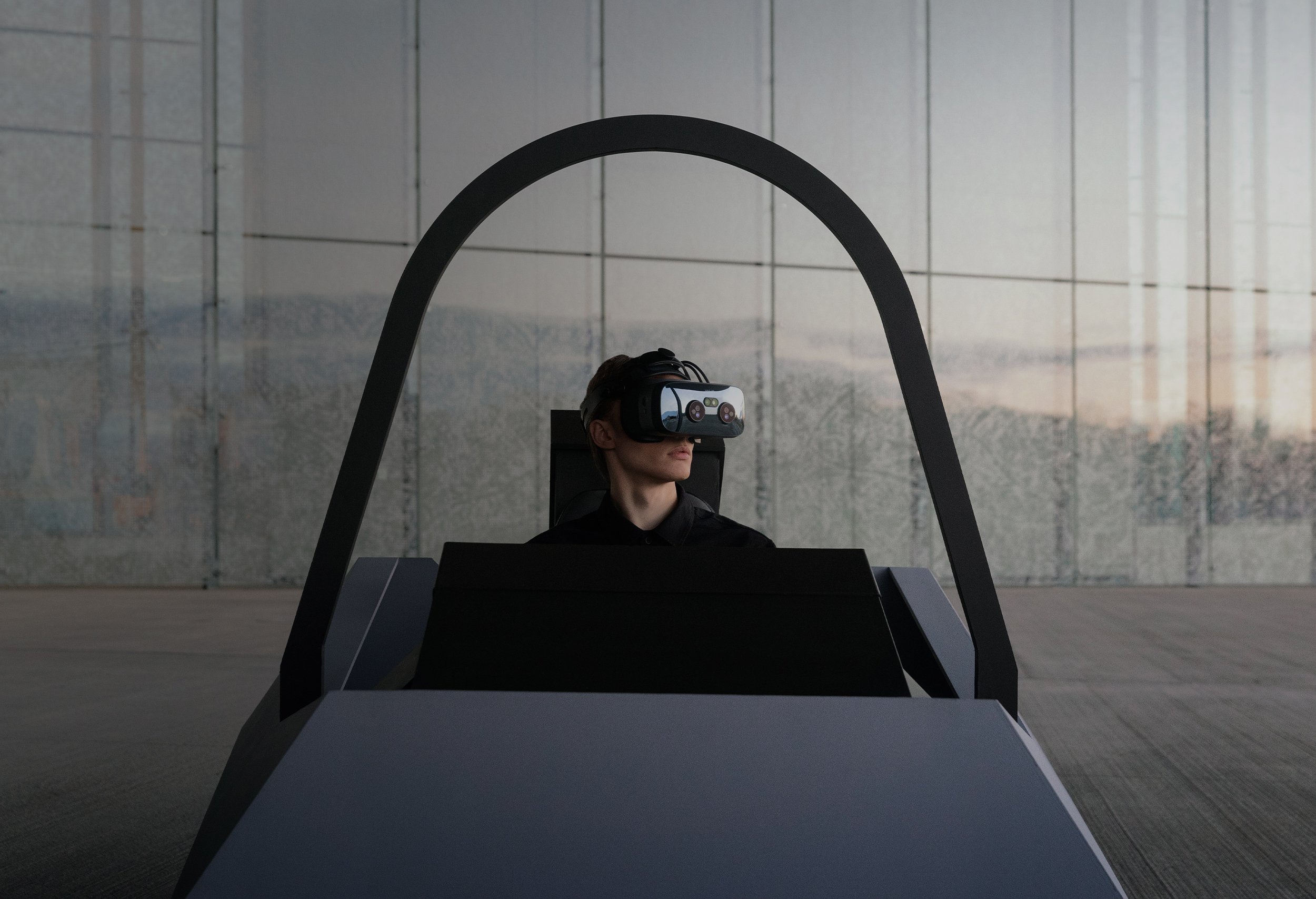 They did this intending to reduce costs in the design process of turning the sketch into 3D renders into physical drivable prototypes. What they came out with on the other side was even better than what they had anticipated.

Previously, Virtual Reality was utilized to render full-scale static designs of cars to test the overall User Experience. Namely, Kia and Volvo are two car companies that use the Varjo XR-3 headset to achieve these endeavors.

Volvo, as an example, did this by testing new designs before they hit the manufacturing floors and reduced costly clay model alternatives. While they also would notice any surface mistakes before prototype manufacturing would commence. Finally, they would carry this out in photorealistic immersive environments in their user research.

As Christian Braun, VP of Visual Art Design at Volvo says, “this is the future of creativity”, Braun continues. “You get a fantastic sense of proportions of the car and can realistically review all the details and materials. Including the body color and the foil early on in the design process … Varjo’s mixed reality is a really big step towards realizing this dream …”

“For automotive interior design, Varjo is really the only headset you can use.”
– Christian Braun, VP of Visual Art Design at Volvo

Phiaro then took this and propelled it to the next level.

They were not content with static rendered designs but more dynamic designs. They wanted to see their concepts in full motion.

This granted Phiaro to see in real-time. Their car designs operating in different biomes as they sped by the painted surfaces and tinted windows. They found a way to calibrate weight distribution and ergonomics based on real-world driving scenarios. While they test people’s interactions in the conceptual cockpits as testers battle with split attention being on the road.

In other words, Phiaro realized through Varjo MR headsets life-sized, photorealistic renders of their conceptual designs. These designs could drive around in different weather conditions and allow their designers to experience first-hand what needed to be changed, iterated, or calibrated.

How did they do it?

The production team at Phiaro sat down and built a basic metal structure consisting only of base features for guided locomotion. The construction was an elementary chassis, cable steering, electric drivetrain, seat, and four wheels. The importance was on basic feel. As the fully immersive virtual world would trick the user’s mind into believing the details as real. While Phiaro topped it off with a positional tracking system. Designed in collaboration with the Tokyo-based firm LP-Research. Enabling the digital concepts to move around, realistically simulating driving.

The virtual 3D renders, through Varjo XR-3 HMD, are then visible through a real-time video feed. Together with the 3D conceptual design made with either the Unity Engine or Unreal Software. It enabled the driver of the base constructed model to look as if they would drive on the real road, and see the 3D design model of the car interior within the Varjo HDM.

“We chose Varjo because in the mixed reality world XR-1 and XR-3 gave us the closest experience to reality.”
– As Phiaro’s Innovation Strategist Pratim Dutta

What do the Varjo mixed reality headsets enable?

In essence, with mixed reality, conceptual designs are taken to the road much faster and cheaper than ever before. A concept design of a car in the past went through the innovation process of sketch to 3D model to physical prototype production. Then if significant changes are needed, you would repeat this process: a very capital- and labor-intensive endeavor. With mixed reality headsets, and Varjo’s XR-1 and XR-3 offerings, the last step of “physical prototype production” can be done in a fully immersive and blended rendition of reality.

All that is needed are the base elements of physical components. Like the physical model from Phario, to trick our minds into believing that the new concept design is being driven.

This significantly speeds up iteration and cuts down on prototype-related manufacturing costs through simulated test scenarios while it betters the final new product in the end. Even potentials such as haptic feedback in the cable steering and adaptive simulated rumbles correlated with different surface environments through the wheels to the seat are possible.

What Phario managed was the latest and ultimate intersection between simulated software, integrated and seamless renditions of the outside world blended with 3D models, and technical engineering of physical feedback.

Phario paved the road for what is possible with mixed reality and made a costly iterative design process more streamlined, efficient, and cost-effective.