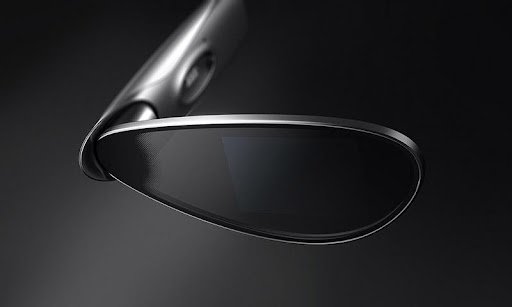 The Chinese smartphone manufacturer Oppo announced an Assisted Reality device: Oppo Air Glass, targeting the health-conscious business professional in China, Japan, Korea, and English-speaking countries. The new aR reality device will have a limited release in China during Q1 of 2022.

The Chinese smartphone manufacturer Guangdong Oppo Mobile Telecommunications Corporation; or simply, Oppo, “has been exploring the possibilities of Extended Reality (XR) for a long time. And with Air Glass, we have finally created a smart glass product that is truly within the reach of consumers,” said Levin Liu, OPPO Vice President and Head of OPPO Research Institute.

The Air Glass itself is designed with a futuristic sensibility, resembling a stylized caller-headset with an elongated waterdrop monocle; described in the press release as “inspired by the wings of the cicada”.

In short, the aR headset provides information on top of the reality viewed through the Glass within the user’s direct field of view. An Assisted Reality category that opens use cases such as live translations, health and weather information, metric or imperial real-time measurements, GPS directions, and more.
In other words, aR is a less intrusive reality solution for the wearer and is a less crowded competitive space than Augmented and Virtual Reality. In Oppo deciding to develop such an aR offering is to position themselves similarly to other competitors within both AR and VR but doing it through the product category of aR.

However, as it stands right now with the announcement and press release-controlled information, we do not know the DoF (Degrees-of-Freedom) of any of these nUI (natural User Interface) systems. But it is more than likely that the headset will feature inside-out tracking from the Air Glass itself. 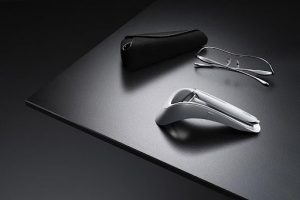 Why make an AR or VR Headset when you can make an aR device?

It is noticeable that the branding of “Air” is one of the trends of 2021 in the reality market, sparking associations of lightweight, small, and thin – escaping common thoughts of bulky, heavy, and all-covering. Likewise, the differentiation of a more stylish and thin design is also seen from Nreal with its Light and Air headsets, HTC with its Vive Flow, Facebook/Meta with its partnership with Ray-Ban, and EM3 with its thinnest VR headset on the market.

It will be interesting to see how Oppo will differentiate itself from the competition with similar branding on lightweight, stylized design, and thinness.

Namely, the positioning of the competition is as follows:

Currently, Oppo is only distinguished by the product category: Assisted Reality, where RealWear is the main competitor as well as Vuzix with its M400 offering. However, it seems that Oppo is targeting health-conscious business professionals in China and English-speaking countries. As the Air Glass delivers automatically translated text from real-time voice input. 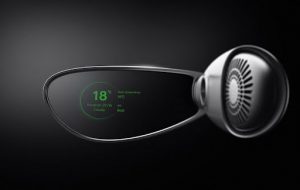 Furthermore, Oppo has partnered with Baidu, the Google of China specifically with the Walk & Bike Navigation services, and Google’s Explore Nearby navigation services to help bikers and hikers alike.

The Chinese smartphone maker, Oppo, has now turned Assisted Reality maker; positioning themselves with a thin and stylish offering, targeting health-conscious business professionals in China, Japan, Korea, and English-speaking countries. Oppo has made an aR device with a similar design language of lightweight and thin: trying a similar positioning strategy but delivering it in an aR reality device rather than an AR or VR headset.