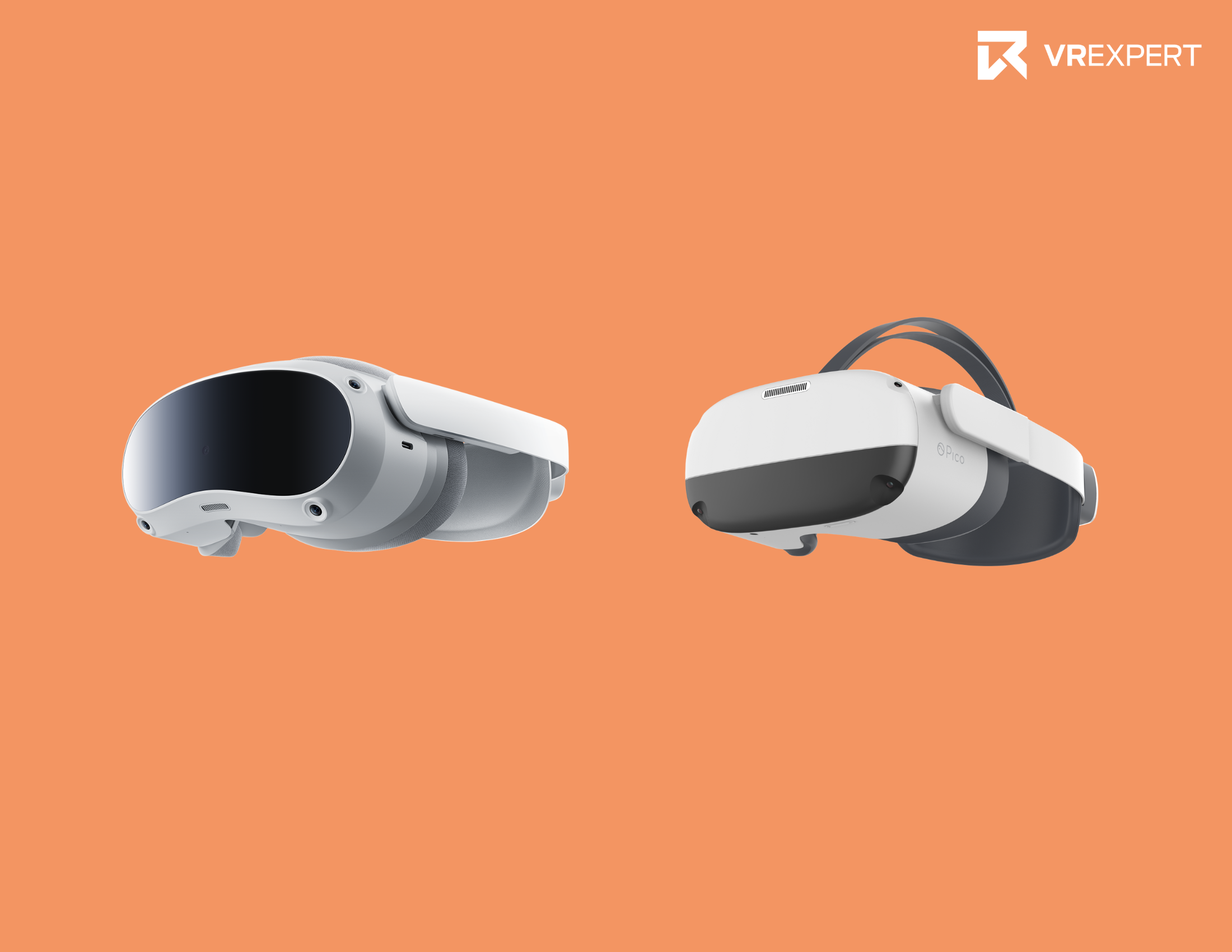 In this article I will highlight the most important differences between the recently released Pico 4 and its predecessor, the Pico Neo 3 Link VR Headset.

In addition, the Pico 4 has a field of view of 105 degrees compared to the 98 degrees you get on the Pico Neo 3 Link. The Field of view plays an important part in the realism of the VR experience as it allows you to see more of the virtual world at once.

Finally, the Pico 4 can provide a more detailed experience. Because of the higher resolution the Pico 4 has also increased the pixels per inch to 1200 compared to the Links 770 pixels per inch, resulting in more pixel information and creating a higher-quality, crisp image. 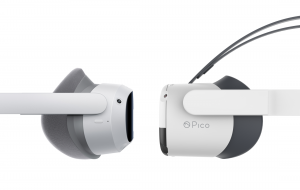 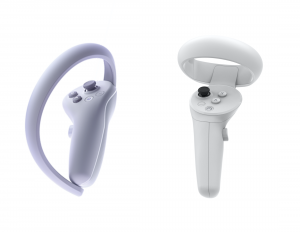 Furthermore the controllers also feel much more comfortable and well built. This is in part due to the new shape and the layout of the 2 AA batteries in the device.

The new controllers also have improved haptics, which make the VR experience better.

The Neo 3 Link came equipped with 4 integrated cameras distributed evenly on the headset with 2 on the top edges of the device and 2 on the bottom edges of the device. The same layout has been employed by the Pico 4 with one difference, that being the addition of a fifth integrated camera found on the front panel of the device. This camera is a 16MP RGB camera which not only improves the inside out tracking on the Pico 4, by reducing possible tracking deadzones which could be found on the Neo 3 Link when the controllers got too close to the device. The Pico 4 does not come with a built-in display port like the Neo 3 Link. This means wired streaming on the Pico 4 is not supported. However, the Pico 4 supports improved Wireless Streaming which will be possible through the use of a dedicated streaming dongle for the device. This will allow for wireless streaming to occur in 4K at 90Hz.

Price of the Pico 4

The price of the Pico 4 128GB version being lower than the Neo 3 Link is not to be confused with a less premium VR headset. The Pico 4 is a premium and new generation device with excellent features.

The 256GB version of the Pico 4 costs €499 including VAT making it slightly more expensive than the Pico Neo 3 Link due to the extra storage capacity.

The table below summarizes the specification of the Pico 4 and Pico Neo 3 Link.