Is VR and AR the correct path for Meta formerly Facebook? 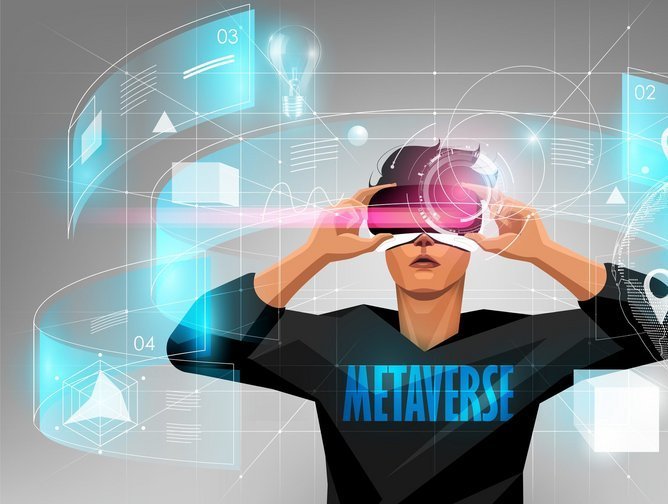 The shift from the being the face of social media into the face of the metaverse comes with financial investments and present losses. Such warned Mark Zuckerberg Meta’s investors in the earnings call for the financial performance of 2021 and the expected growth for 2022. But is this shift towards the increasingly competitive VR and AR market and the metaverse a safe bet?

Why did Meta’s stock plunge for the first time in its history?

On the 2nd of February 2022, the shares of Meta Platforms Incorporated, the parent company and owner of Facebook, plunged over 26%, wiping almost $240bn off its valuation, amounting to more than the total GDP of Portugal. A historic downturn ranking as the steepest decline since its 10-year stock market tenure and one-day loss in the history of public US companies. However, this drop is all part of the metaverse plan according to Zuckerberg.

At face value, this is because, for the first time in Facebook’s 18-year history, its user numbers have fallen due to younger people turning to other platforms such as TikTok and YouTube.

It should be mentioned that Facebook still enjoys soaring Daily Active Users (DAUs) tallying 1.9bn by Q-4 2021, with the decrease only being 10 million DAUs, 0.5 percent. However, it is not that it is a substantial fall – it is that it is falling, which have investors spooked.

The catch is hidden in the details, as advertising revenue at the beginning of every year reports the lowest valuation. Combined with that businesses have stated backlogs and slowdowns of their supply chains due to the pandemic, resulting in less advertising spend in general, Facebook included. Now compound this with social complications that Meta is still struggling with from whistleblowers and the new privacy policy changes Apple introduced in banning IDFAs, or Apple ID for Advertisers. Removing the digital fingerprint each of us leaves, not being able to link our digital behaviour for advertising purposes on Apple’s products, Facebook included.

But these are the underlining courses of what seems to be overreactive investor and stock market behavior. What it does signal is the direction Meta is steering. As Brad McMillan, chief investment officer for Commonwealth Financial Network said: “The question is where is the next growth engine coming from.” Meta bets on a future in the metaverse and the metaverse doesn’t come cheap.

Meta’s pivot into the metaverse

Besides the name change from Facebook to Meta in 2021, that same year also saw Meta invest $10bn into the development of the metaverse, combined with the new metaverse-centric hires such as Andrew ‘Boz’ Bosworth as the new CTO.

As estimates vary widely in building the metaverse, $10bn will not cut it, and Mark Zuckerberg knows this.
The evidence is the financial performance of Reality Labs under the umbrella of Meta Platforms. Over $10bn in net loss has gone to the building of the metaverse, but looking at the revenue growth, it is showing significant positive results.

The revenue for the Meta Quest headsets and its related software sales from the Quest Store grows quarter by quarter. In fact, during 2021, Reality Labs reported $2.3bn in revenue. Quintessentially, roughly the same amount that Facebook acquired Oculus for back in 2014: symbolically recouping its purchasing prize.

The reason for Reality Labs’ net loss is its metaverse spend in R&D, similar to any other technology conglomerate like IBM, Alphabet and Amazon, spending significantly higher on R&D than any other industry sector. Mark Zuckerberg is fully aware of this net Reality Labs loss and where it comes from, candidly warning investors of this, telling them that is the way forward towards the metaverse.

Is Meta’s bet on the metaverse right?

The headlines that portray a historic decline for Meta is true, but it clouds the reasoning behind this and the potential of what the metaverse can be. As Mark Zuckerberg says in the 2021 annual report: “I’m encouraged by the progress we made this past year in a number of important growth areas like […] virtual reality, and we’ll continue investing in these and other key priorities in 2022 as we work towards building the metaverse”.

It is difficult to say if the metaverse will be worth its substantial capital investment. Goldman Sachs analyst Eric Sheridan and Morgan Stanley analyst Brian Nowak predict the metaverse could be an $8tn opportunity, while Bloomberg Intelligence expects it to be an $800 billion market by 2024. But as Zuckerberg is well-aware of said, “This is not an investment that is going to be profitable for us any time in the near future”.

Reality Labs netting a loss is not puzzling in its vision of building a 3D internet, while the Meta Quest headsets pricing is well below market standards, likely subsidized to a loss per unit. The point is not to get carried away by historic stock downturns but to look at the envisioned plans of building the future of the internet that is the metaverse.

For the first time in Facebook’s history, its Daily Active Users saw a slight decline compounded with the perfect storm of other negative factors for the social media giant, consequently spooking investors. However the fixation is on the changing face of social media and a net loss of Meta Platforms Reality Labs.

The loss incurred by Reality Labs stems from its R&D investments for building the metaverse and the prospected future of a virtual reality embodied internet.
Estimates of the value of a build metaverse and its stages towards conception vary widely, but even the most apprehensive point to a lucrative future for Meta Platforms and virtual reality in general.

It will cost short-term losses to achieve the future and that is what we see right now. However, the rapid revenue performance of Meta Platforms virtual reality department, Reality Labs, tells of not just its current potential but its lucrative prospects as well. 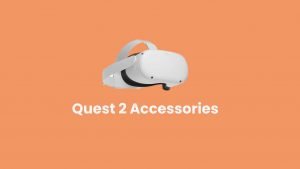 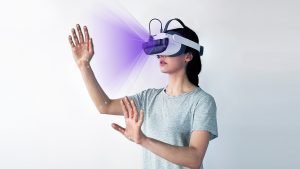 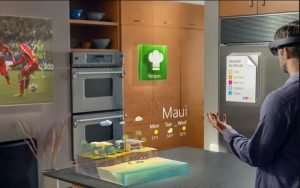