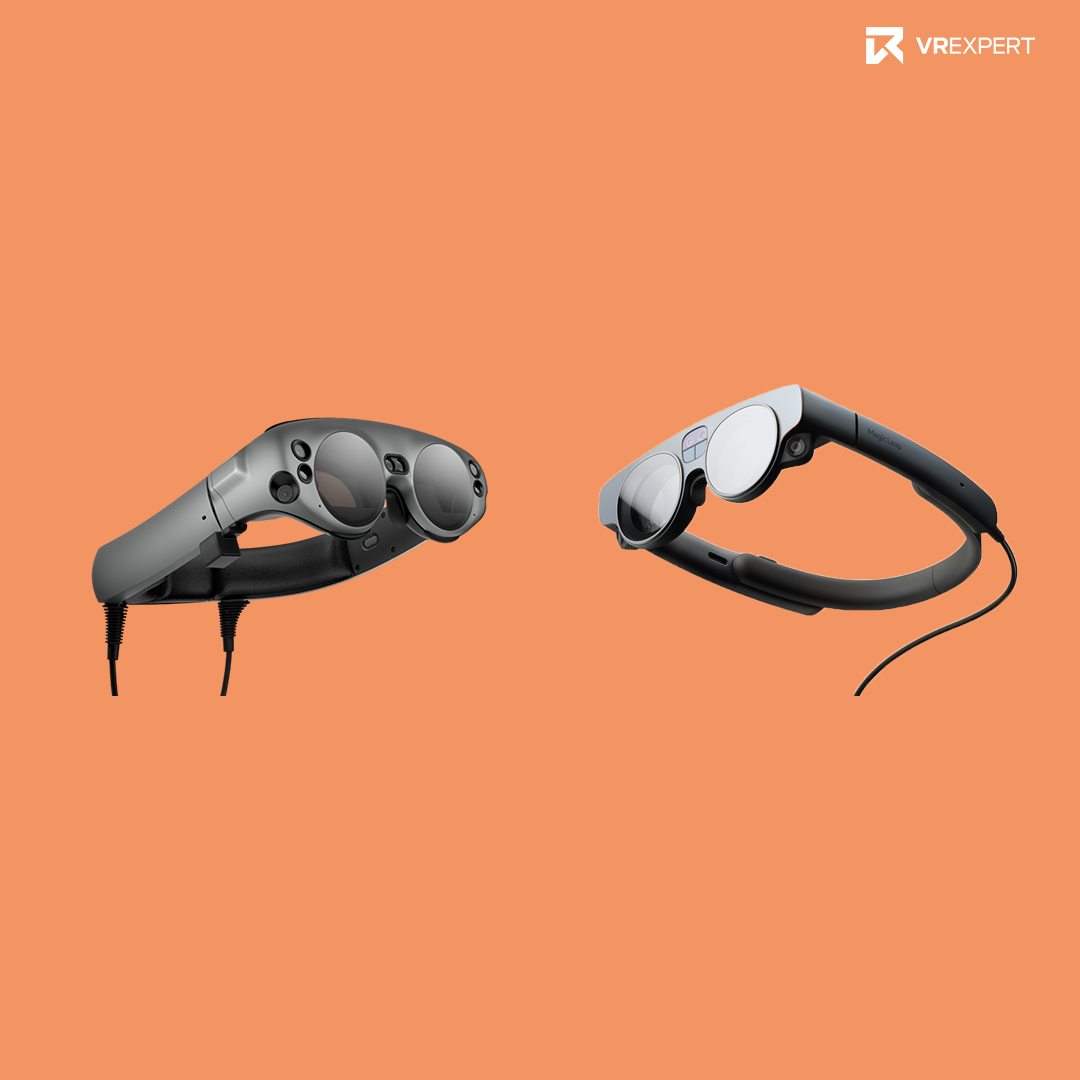 In this article we go over the differences between Magic Leap 1 vs Magic Leap 2 AR headsets: seeing how the new focus on enterprises shines through with their upcoming AR headset.

In this article, you will learn:

Magic Leap decided to change processing partnerships from NVIDIA to AMD for both its CPU and GPU.

Magic Leap 1’s operating system was also custom built by Magic Leap, whereas Magic Leap 2 will opt for Android as its OS. In conclusion, it is hard to say the difference in performance other than the core processing numbers naturally are higher for Magic Leap 2, while the choice towards the open-source Android operating system also remains to be seen for stability and performance.

One of the key differences between Magic Leap 1 and Magic Leap 2 is the visual experience.

Firstly, Magic Leap 2 will have a crisper resolution of 1536×1856 per eye, than Magic Leap 1’s 1280×960 per eye. This is even enhanced with the Dynamic Dimming and Foveated Rendering features of Magic Leap 2 explained below.

Secondly, Magic Leap 2’s now has a 70° diagonal field of view. In comparison the Magic Leap 1’s has 50° diagonal and the Microsoft HoloLens 2 has 52° diagonal, making the ML2 over 25% larger than its predecessor and competitor.

A major difference between the Magic Leap 1 and Magic Leap 2 is the introduction of Dynamic Dimming. This tackles one of the main weaknesses of the Magic Leap 1, where when used in areas with too much light it could be difficult to work with the holograms and see them. The introduction of dynamic dimming will allow the Magic Leap 2 to better control how much real world light is entering through the headset. Enabling Magic Leap 2 to darken the border around objects, making text and other intricate objects more visible and sharp.

Thirdly, the Magic Leap 2 will use the industry standard within augmented reality called “Liquid Crystal on Silicon (LCoS)” working by redirecting light within an attached waveguide lens.

Compared to the in-house display engine that was developed for the Magic Leap 1. It was called “Photonic Lightfield Chip” and was used to project 3D images using light manipulation on a nanoscale. The Magic Leap 2 is a modernized and sleeker version of Magic Leap 1. Both smart glasses have a distinct design aesthetic and are instantly recognizable compared to other AR headsets.

Similarly, comfort has always been strong for Magic Leap, from off-loading the processing to an external add-on. The biggest difference the Magic Leap 2 will have is a lighter weight of 260 grams compared to Magic Leap 1’s 316 grams. An improvement that will make long hour use much more enjoyable.

The form factor of the device has also changed slightly which will make it more comfortable on the nose and reduce the amount of light entering the device. 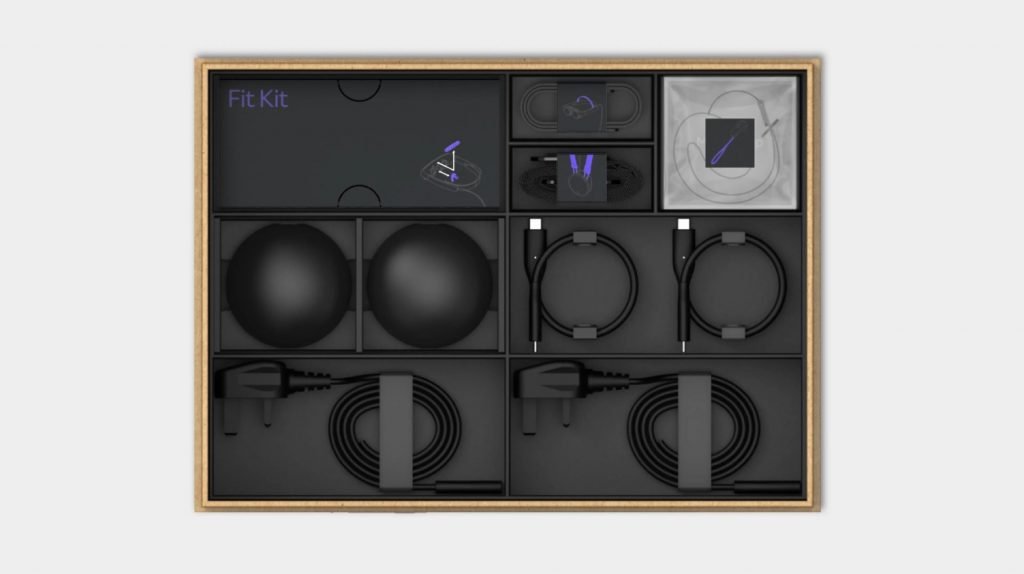 Furthermore, when purchasing the Magic Leap 2, you will get:

An extra eye tracking camera will be added on the Magic Leap 2 compared to Magic Leap 1. This aids ML2 in determining where you look and enhancing the picture quality, improving the visual experience using dynamic foveated rendering.

3D sound will be available in Magic Leap 2, allowing the user to distinguish between voices in a room, creating more lifelike meetings. Price and cost of the Magic Leap 2

Compared to Magic Leap 1, the price difference vs the Magic Leap 2 is substantial as the two headsets were built for different markets: enterprises versus consumers.

The pricing of Magic Leap 2 is offered in three ways. The first is the base package for $3,299, the second is the Developer Pro version for $4,099, and the third is the Enterprise option for $4,999.

The difference between these three categories is the permission of commercial deployments and external production environments. In other words, if the Magic Leap 2 is meant and allowed to leave the confines of R&D. For example, the base version is permitted in commercial deployments, whereas the Developer Pro option is meant for R&D purposes, and the Enterprise variant offers both.

Alternatives to the Magic Leap 2

Speaking of comparisons, and further comparing Magic Leap 2 with other AR headsets, the spread in price is substantial while the use case differs.

It comes down to if your use case requires mixed reality or augmented reality, and/or if you need an R&D headset or a deployable one. Nevertheless, Magic Leap 2 will offer the best all-around choice for enterprises that need augmented reality. 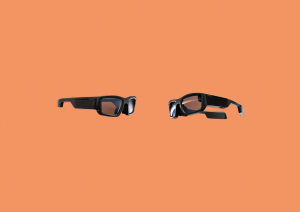 Vuzix Blade 2 vs Vuzix Blade Upgraded: What are the most important differences?