In December 2021, Meta launched its Horizon Worlds social VR platform to users in the U.S. and Canada. Since then, Meta has announced in a ‘company call’ that Horizon Worlds and Venues have welcomed 300,000 total users, populating and expanding their already impressive library of user-generated worlds and games.

Why did Meta Horizon Worlds grow?

After the announcements of the notable user growth, Chris Cox, the Chief Product Officer of Meta Platforms, chimed in and confirmed further that the number of people using Horizon Worlds had increased by a factor of ten since its closed beta period in December 2021.

Additionally, a Meta spokesperson, Joe Osborne, further details that the surge in sign-ups comes from Horizon Worlds and the live event app Horizon Venues, not the productivity and enterprise-focused Horizon Workrooms.

However, as of now, we don’t know the details of this surge in Horizon users; it may represent unique visitors throughout its lifespan or monthly/daily active users. Still, the fact that Meta has already reached 300,000 total sign-ups is a testament to its potential, mirroring the revenue growth of Reality Labs at Meta Platforms as well.

As a note, Horizon Worlds is a free virtual reality social networking platform developed and published by Meta Platforms for the Oculus Rift S and Oculus Quest 2.

Similarly, Horizon Venues is the VR space where you can experience the feeling of a real concert and the rush of watching a major event. Whereas Horizon Workrooms is virtual reality office spaces and conferencing experiences, enabling teams to interact, collaborate, and produce in ways never achievable before. 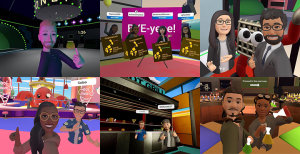 What does this mean for the metaverse?

It is too early to tell if the rapid expansion of Horizon Worlds will continue or whether it will be able to retain users over time. Furthermore, the Quest headsets experienced a sales increase during the Christmas holiday season, likely piquing consumers’ curiosity about Horizon Worlds and its different iterations, spiking up user accounts.

In general, the sales performance of Meta’s Quest HMDs is quite strong. According to several third-party sales predictions, the Quest headsets have sold more than 10 million units. Likely due to its affordable price tag and expansive library of content. Mark Zuckerberg even revealed the future of Horizon Worlds, stating that Meta would release a version of Horizon Worlds for mobile phones in late 2022 “to bring early metaverse experiences to more surfaces beyond VR.”

However, opening Horizon Worlds and its derivatives to the rest of the world, rather than just Canada and the United States, is likely part of Meta’s long-term strategy. It is still uncertain when that will happen, but a surge in sign-ups and daily active users will undoubtedly occur when it does.

Bringing Horizon Worlds to mobile would enable Meta Platforms to grow and polish their Horizon worlds through user interaction and subsequent behavioural data. In effect, enabling the transition of Meta from the real to the virtual coming from its expansive Daily Active Users from Instagram and Facebook. Potentially, including VR users to connect with non-VR participants. In which case, growing the Horizon platforms exponentially and realizing Meta’s goal of creating its metaverse – a fully realized, 3D-experienced internet.

Since December 2021, Meta’s VR social platforms: Horizon Worlds and Venues, achieved an impressive milestone of 300,000 total U.S. and Canadian users. This growth likely is due to notable sales figures of the two Meta Quest HMDs, and a general piqued interest from users. Furthermore, we expect to experience even more growth as Meta Platforms plans to integrate Horizon Workrooms and its non-virtual reality platforms of Instagram and Facebook into Horizon Worlds. Effectively, growing its Daily and Monthly Active Users to one consolidated VR platform, attracting more developers and earning potential as a whole. 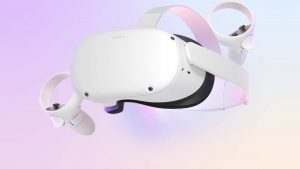