With the introduction of the Neo 2 in the summer of 2020, Pico has taken a big step to open up the standalone roomscale market. Whereas the Oculus Quest used to dominate the market, Oculus now has a serious competitor. The Pico Neo 2 is designed for the business market, which makes the headset ideal for organizations that use it for training, simulations and onboarding processes, for example. In this review we will go deeper into the specifications of the Pico Neo 2, as well as the comfort, sound and streaming capabilities of the headset. 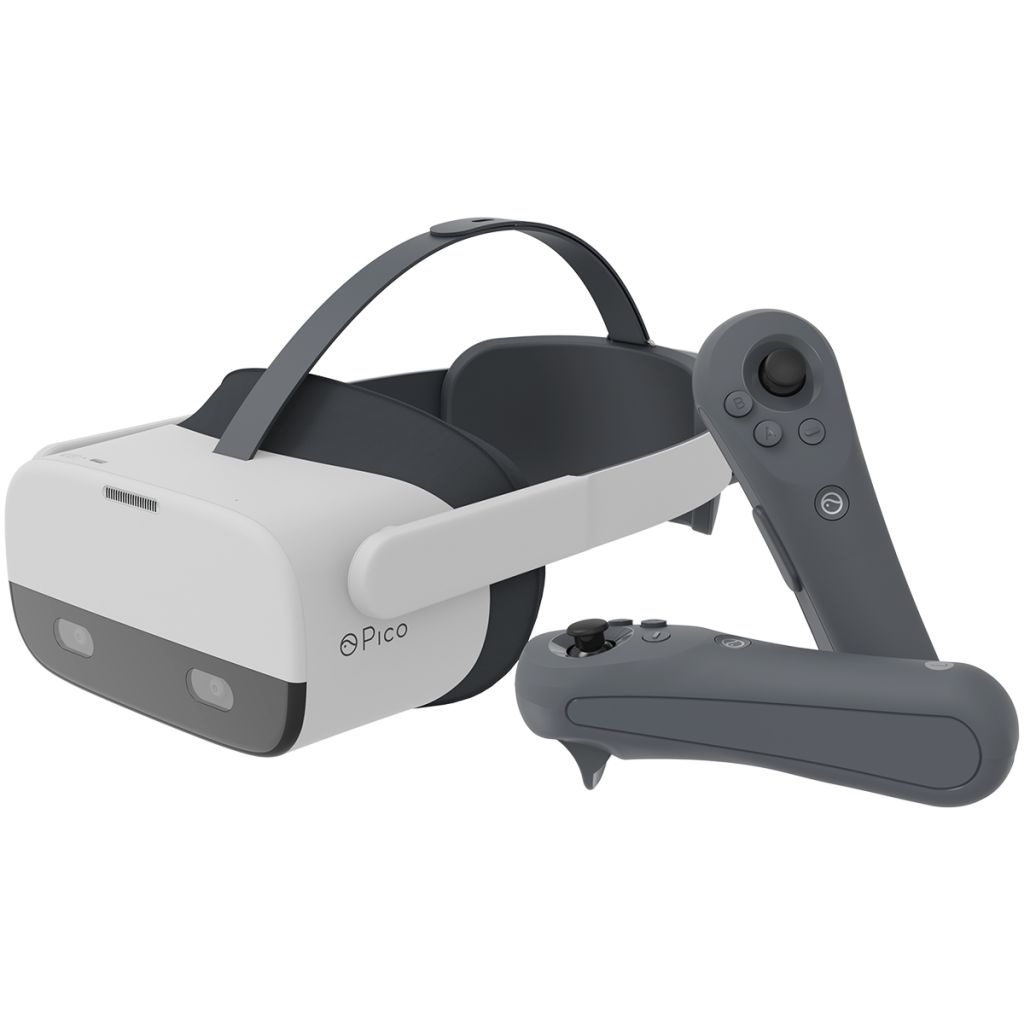 First we will discuss the specifications of the Pico Neo 2 in this review.

The Pico Neo 2 is equipped with a 4K LCD display that provides a resolution of 3840 pixel x 2160 pixel. This equates to 1920 pixels x 2160 pixels per eye. This the Pico Neo puts2 in the highest segment when looking at comparable standalone heads, such as the Oculus Quest with a resolution of 2880 pixels x 1600 pixels. Due to the high resolution of the screen, photos, videos and applications will be displayed sharp and clear, so that many details are visible and small texts are easy to read.

The larger the field of view, the more the image feels like a natural face. The Pico Neo 2 has a field of view of 101 degrees, which makes it comparable to most other standalone headsets.

The Pico Neo 2 is a 6DOF (Degrees Of Freedom) headset that uses inside-out tracking. This gives the user a full VR experience, including interaction with the environment and freedom of movement, without the need for cables or external sensors. The inside-out tracking uses two cameras, which are two less than the Oculus Quest, for example. This makes the tracking less stable, which can be seen as an improvement point for the headset. 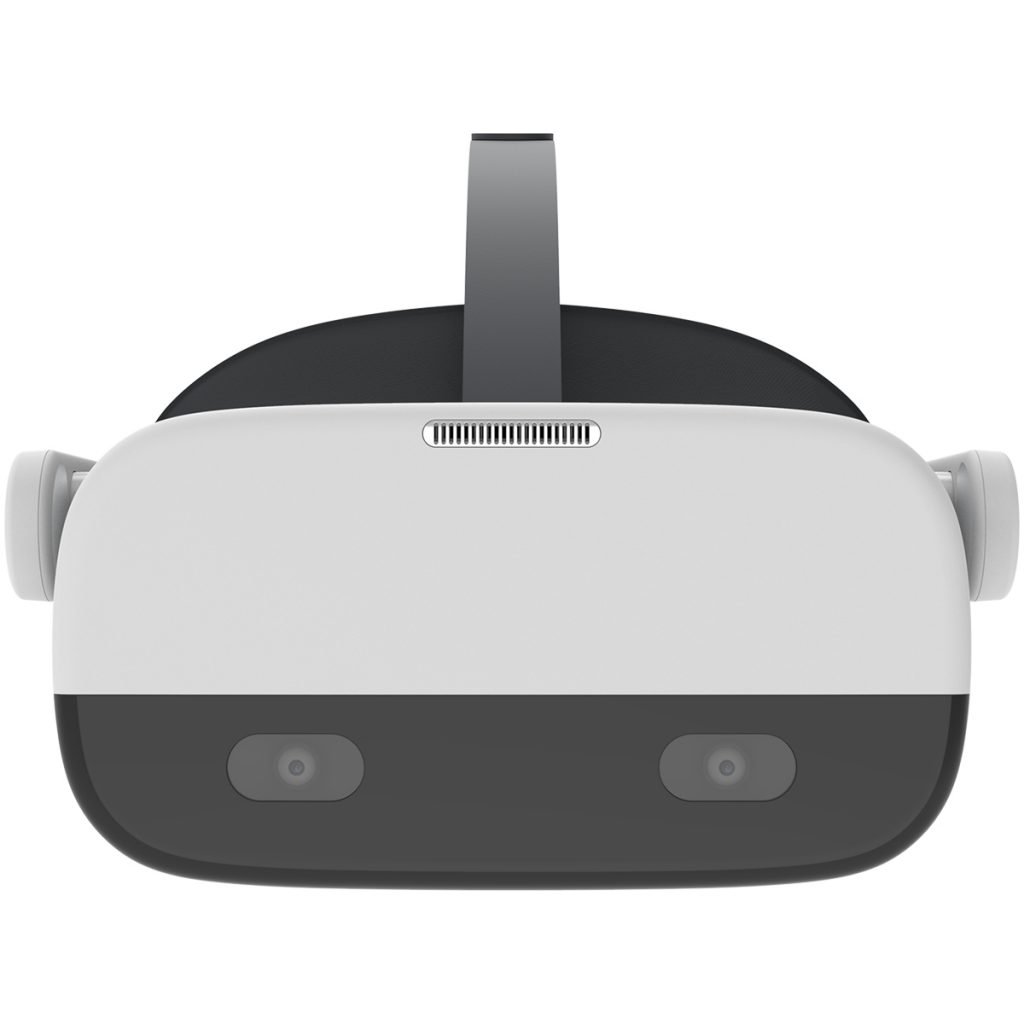 With an internal memory of 128 GB, the Pico Neo 2 provides enough storage capacity for business applications on the headset. In addition, the Neo 2 has a microSD input, so that the memory can be expanded even further. The microSD input also gives the possibility to quickly load applications on the headsets, which is interesting for the business market.

Pico has carefully thought about the placement of all components of the Neo 2, so that there is a perfect weight distribution between the front and back of the headset. With a weight of 690 grams, the Neo 2 is on the heavy side compared to comparable headsets such as the Oculus Quest (571 grams). 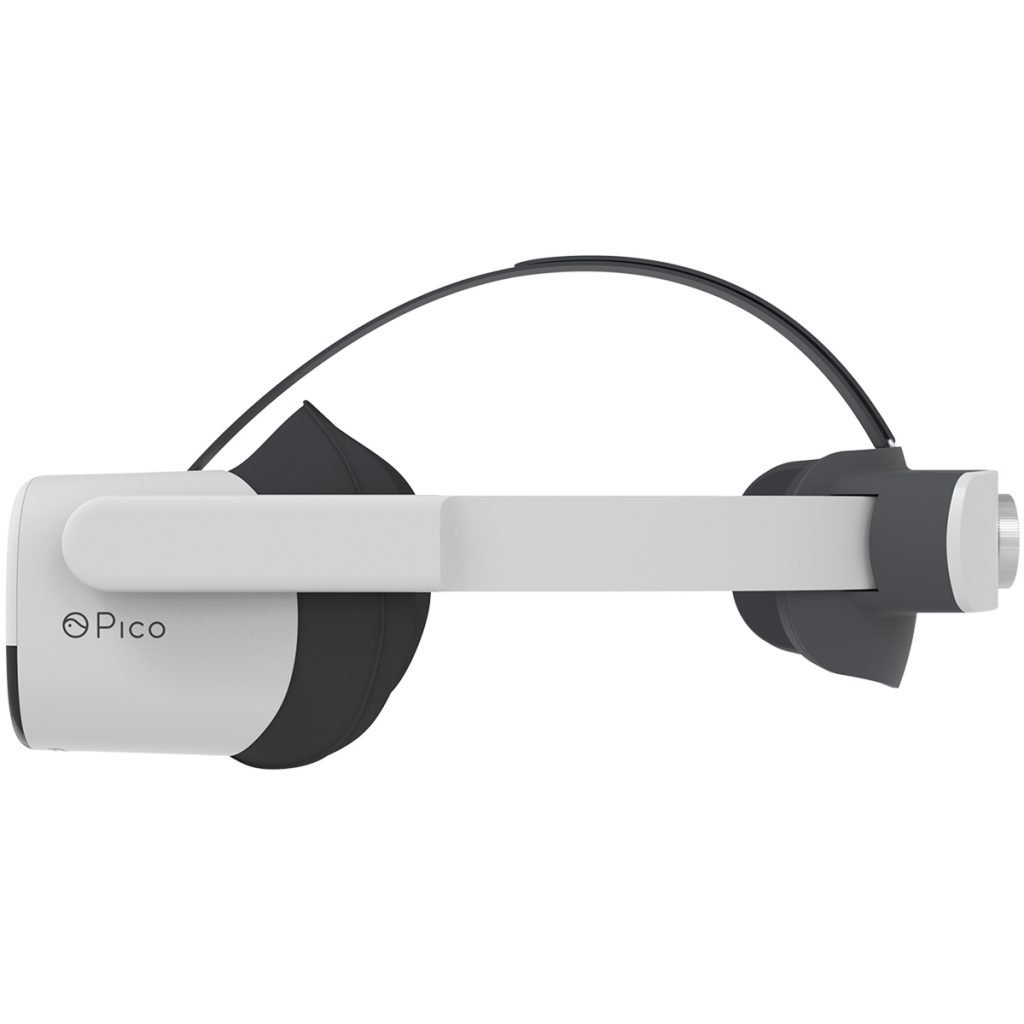 By placing the relatively heavy battery in the headband, along with some other components, the weight is evenly distributed over the head, so that the headset stays comfortably on the head. A gear has also been placed on the headband of the headset, making it easy to adjust the length of the band. This ensures that the perfect fit can be found for every head type. By eliminating the use of Velcro, the Neo 2 is easy to adjust, even with one hand, while the headset is being worn.

The face mask of the headset is made of a comfortable and soft PU material. PU stands for ” PolyUrethane ” and ensures that sweat is not absorbed into the face mask. The face mask is also easy to clean, which is a great advantage over other materials in the days of Covid-19.

Because the Neo 2 uses a single LCD screen size, it is only possible to adjust the eye relief (IPD) in the headset software. With a range of 55mm-71mm, most users will be able to set their ideal eye relief, making the experience more comfortable and reducing motion sickness.

The Pico Neo 2 has two built-in ‘Spatial Stereo Speakers’. Spatial Stereo creates the illusion as if the sound is 3D around the user. The quality of the sound is not very good, but the speakers do produce a powerful and loud sound. This is ideal when the headset is used in noisy environments, such as a factory or busy office.

In addition to the speakers, the headset also has a 3.5 mm audio jack connection, so that the headset can be enriched with various headphones. The headset is also equipped with Bluetooth 5.0 support, so that external headsets and speakers can easily be connected wirelessly. 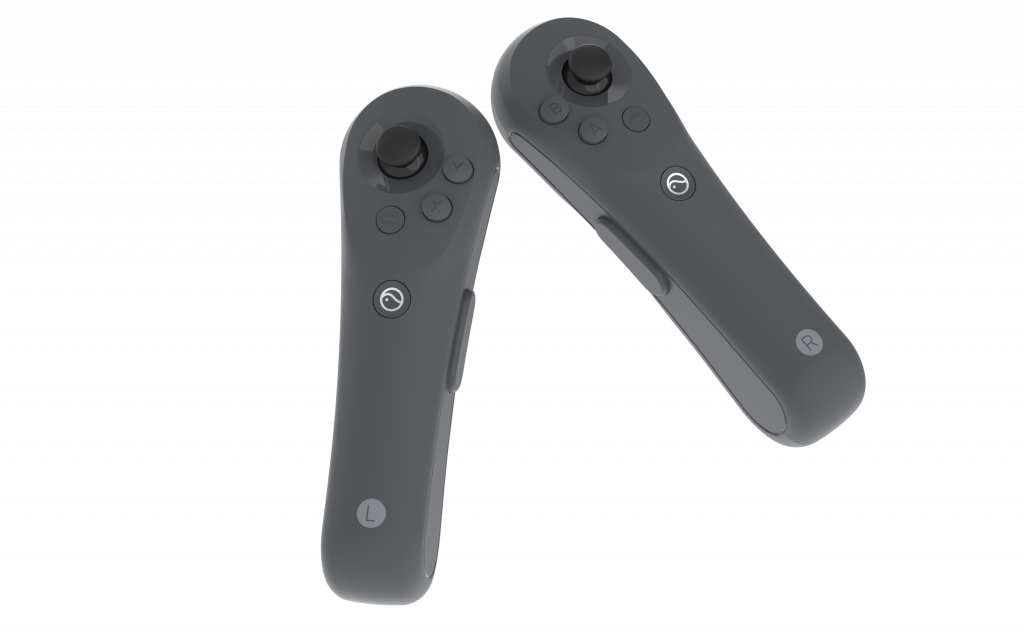 Especially since the Pico Neo 2 headset is made with the business market in mind, this is a major advantage. It can be very disadvantageous if the tracking of the controller is lost during training because it just gets out of the picture, so-called ” dead zones ”. 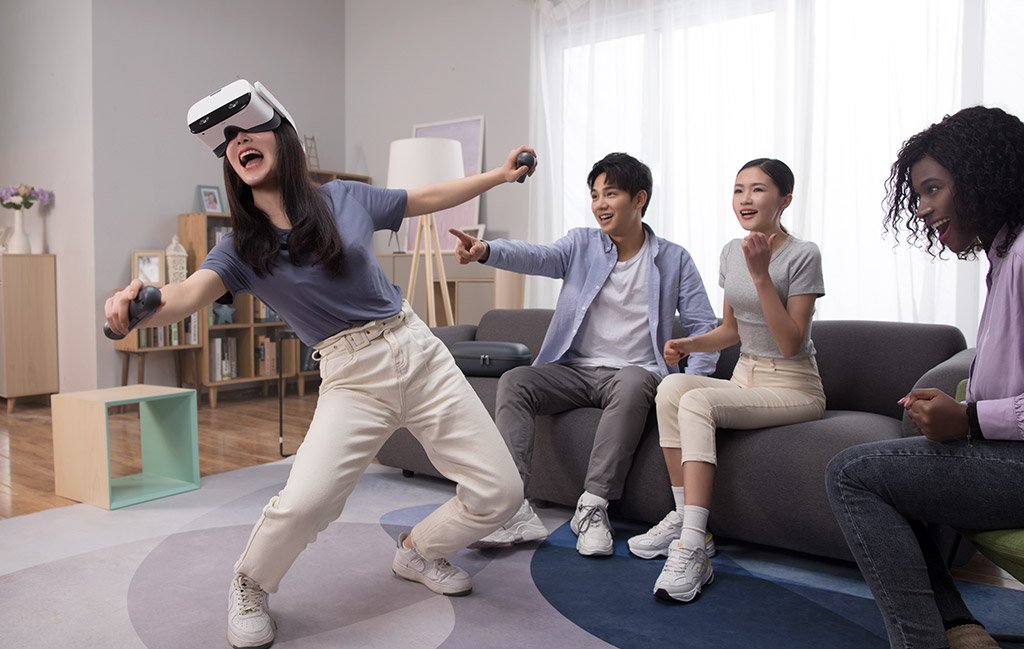 If we look at the design of the controllers, there are still some points for improvement. While the Oculus controllers are praised on this point, Pico gets a lot of criticism for this. The design is not comfortable in the hand and the placement of the buttons is not ideal. The controllers feature two face buttons, a trigger, grip button, home button, back button and a joystick on each controller. However, this allows the controllers to offer a wide range of input options.

Finally, we look at the streaming options of the headset. Standalone VR has many advantages; The headset is not connected with cables, so there is a large degree of freedom, use at different locations is simple and the headset is easy to transport / set up. However, it cannot be denied that connecting a VR headset to a PC still offers the most reliability. Fortunately, Pico has also thought of this, due to a built-in streaming application within the Neo 2 series. The streaming application is built on the Boundless XR platform, which supports both wireless and wired streaming via a USB Type-C to Type-C cable. 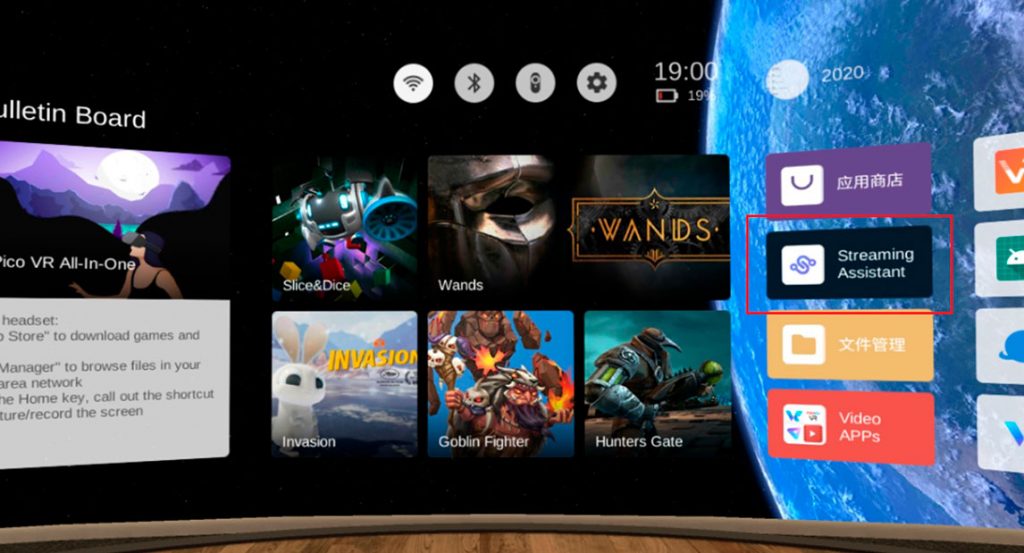 Pico makes streaming simple by opening the Pico VR Streaming Assistant application on a computer, followed by starting the assistant on the headset itself. From the headset, you can choose wireless or wired, and the user then automatically switches to the SteamVR interface. Although the resolution of the applications that are streamed is in most cases lower in relation to native applications, the streaming function does broaden the application possibilities of the headset. For example, the Neo 2, when connected to a powerful PC, can stream almost any application available on the extensive Steam VR platform.

With a price of € 550, the Pico Neo 2 VR headset is in the mid-range segment when looking at a comparable stand-alone headset.

In view of the business market, the Pico Neo 2 is an extremely suitable headset for training, simulations and onboarding processes. The powerful Snapdragon 845 CPU in combination with a 6GB RAM memory enables the headset to run applications smoothly. With the 4K LCD screen, even the smallest details can be recognized, while the electromagnetic controller tracking ensures that dead zones are a thing of the past. The ability to connect the headset to a PC both wired and wirelessly enables the headset to stream almost all Steam VR applications to the headset. Within the standalone VR market, the Pico Neo 2 is currently one of the best headset for business use.

Do you have questions about the Pico Neo 2 Review?
Then contact one of our experts 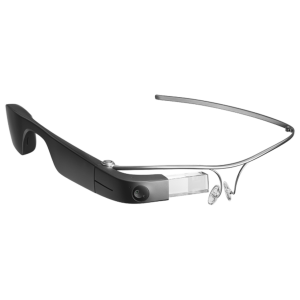 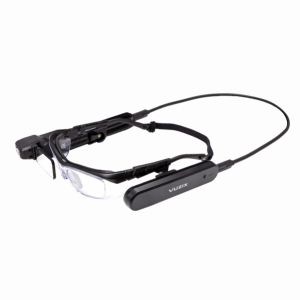 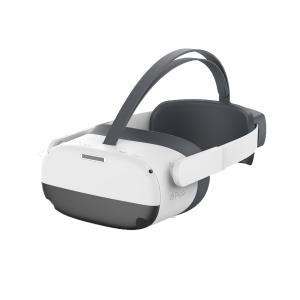