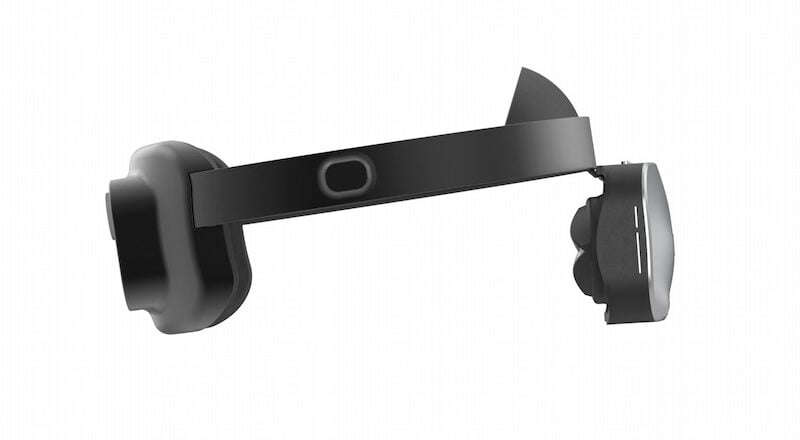 Stan Larroque and the eleven others comprising the French start-up Lynx reveal the affordable Mixed Reality headset they have been alluding to since 2020: the Lynx R-1. A headset planned to go live for crowdfunding later this September 2021.

As written on their announcement website, Stan and the Lynx team want to make it affordable to transform “the way we learn, play, and interact in the real world and all the virtual ones.”

In the void of European contenders into the Virtual and Augmented Reality headsets is the French start-up Lynx. The company is aiming to bring a price-friendly headset to market with an onus on privacy and security.

In a live stream, it was revealed that Stan Larroque and his team had been working on intriguing Mixed Reality hardware since 2016. First, it turned into an enterprise-grade MR headset in the realm of $1,500 back in 2020. Where now, it has turned into a more consumer-friendly headset with a lower price point. A new headset contender priced at $499 for Kickstarter backers. Then upon launch, a base version for $699 and a limited-edition version for $899.

The headset is said to house:

One feature to highlight is the “4-fold catadioptric” lenses, initially revealed a year ago at the SPIE Photonics West conference in San Francisco. These lenses are a novel innovation enabling the headset’s form factor to be smaller and hide essential components in the middle.

Cheap price of the Lynx is subsidized by app fees

The pre-order price tag of $499 and the other affordable price settings are only possible because of one thing. Lynx plans to subsidize the losses of the headsets with small margins on all applications purchased inside the R-1 open ecosystem. Lynx thereby aims to become a hardware manufacturer and platform-owner, like many other multinational technology companies residing over an application store.

Right now, Lynx is fully autonomous and independent, outside of software-specific partnerships.

These software-specific partners are Unity3D, powering the User Interface and enable gaming capabilities. These are connected to other partners such as Unreal Engine and NVIDIA CloudXR®.

And so, with gaming functionality comes gaming operations, which means controllers. Stan here alluded to, outside of the controllers they already have partnered with, that they are “exploring with another, bigger company that is famous for making accessories in the PC world.”

But why the pivot from the enterprise-focused headset of $1,500 to the consumer-centric one driven by a Kickstarter campaign?

Likely because Stan noticed both Oculus Quest 1 and 2 popularities in sales and the community’s response to required Facebook account integration and a generally closed ecosystem. As Stan says in his honest French demeanor; because Facebook is a data and advertising first company: Lynx will be a product-first company.

Lynx, as a result, will have a paramount focus on privacy, security, and an open ecosystem. As Larroque calls it, ‘the European counterpart to other headset manufactures’.

While this also explains the launch of the Kickstarter campaign. So Lynx can stay independent from the manufacturing and stocking stage being incredibly capital intensive.

While the Lynx R-1 employs a crowdfunding campaign and, by extension, aimed at the consumer market, the R-1, with its lower price tag, will also enable other businesses to utilize Augmented Reality’s revolutionizing ways of bringing prototypes to life for in-depth Research & Development. Even able to take the R-1 with them to conferences and showcase new product innovations fully immersed in Virtual Reality. Therefore is the R-1 competing with multiple brands, but mainly the existing AR headsets out there of Canon, Magic Leap, Microsoft Hololens, and Lenovo ThinkReality A3, to simply name a few. All these offerings will be undercut by Lynx’s low price point. This should be gaining commendable market shares as a result.

Certainly, we have perched our ears up for the launch of the Kickstarter campaign. We will keep you updated on when this goes live.