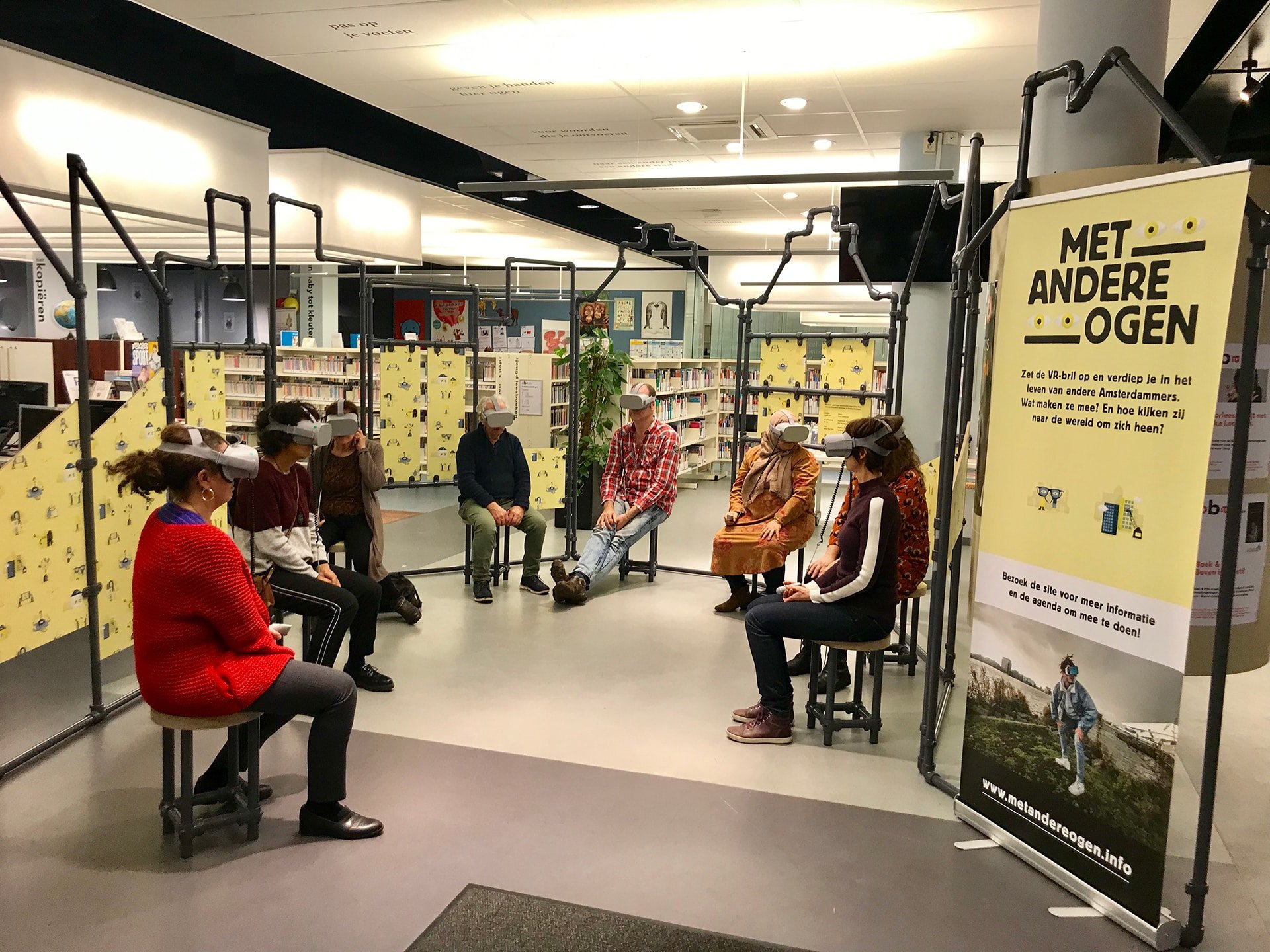 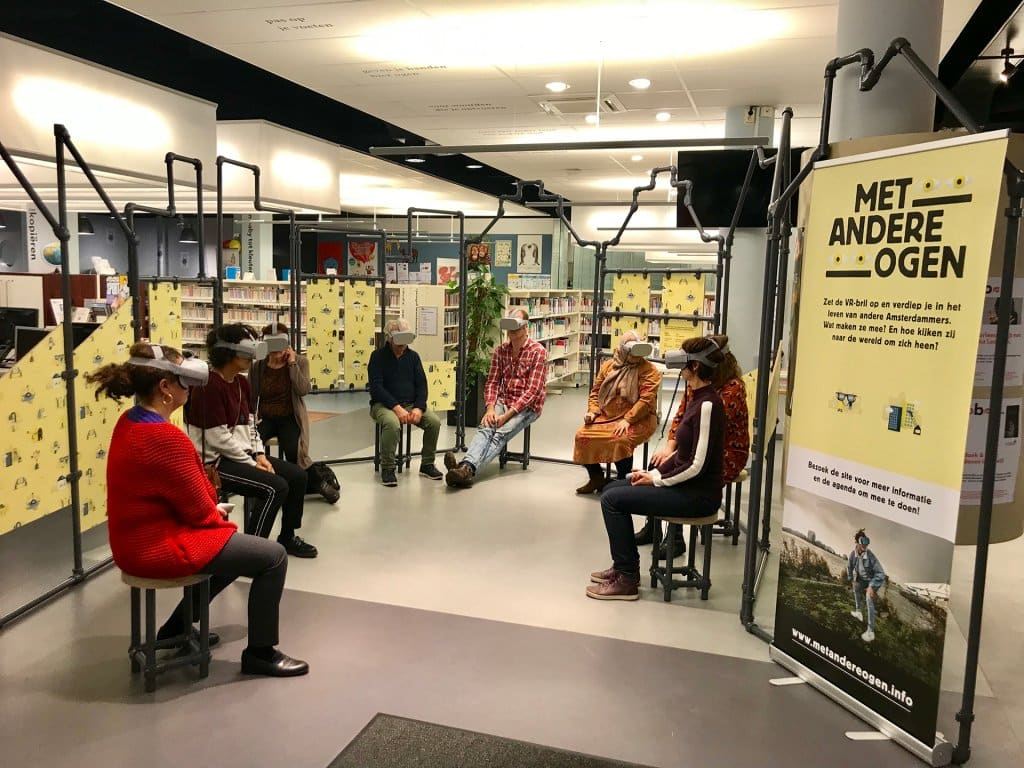 Critical Mass is a company that is committed to making social themes open to discussion. They develop exhibitions, installations, films and games that open eyes and allow people to reflect on their own attitude and behavior. For the project “With different eyes”, which is about racism and discrimination, Critical Mass developed a 360 ° video. This video was used for six months to get local residents, teachers and policymakers from the municipality to discuss diversity, exclusion and inclusion in Amsterdam.

I could really empathize and now I would react differently in a situation.

During the half year the 360 ​​° video was viewed in VR with the help of an Oculus Go. VR Sync was used to launch the video on all devices at the same time during each exhibition. VR Sync was adapted for this project. The 360 ​​° video had to start simultaneously, but from then on the devices no longer had to play the video synchronously. This was because the viewer was faced with certain choices in the 360 ​​° video. On the basis of these choices, everyone was shown the result of this choice. Because of this everyone had a different ending.

At the end of the six months a large event was organized in which there were two rooms where the 360 ​​° video was shown. Four employees from our team were present to provide the necessary support for 40 Oculus Gos.

Participants of the project responded very positively. The 360 ​​° videos impressed and really came in. One participant responded: “You are literally in someone else’s shoes. This is different from a TV screen. ” Other responses were: “It has opened my eyes.” And: “It felt like it was being said to me. I became sad and angry. I could really empathize and I would now respond differently to a situation. ” Exactly the result that Critical Mass wanted to achieve with this installation. VR Sync was a good addition to show the 360 ​​° videos in VR.