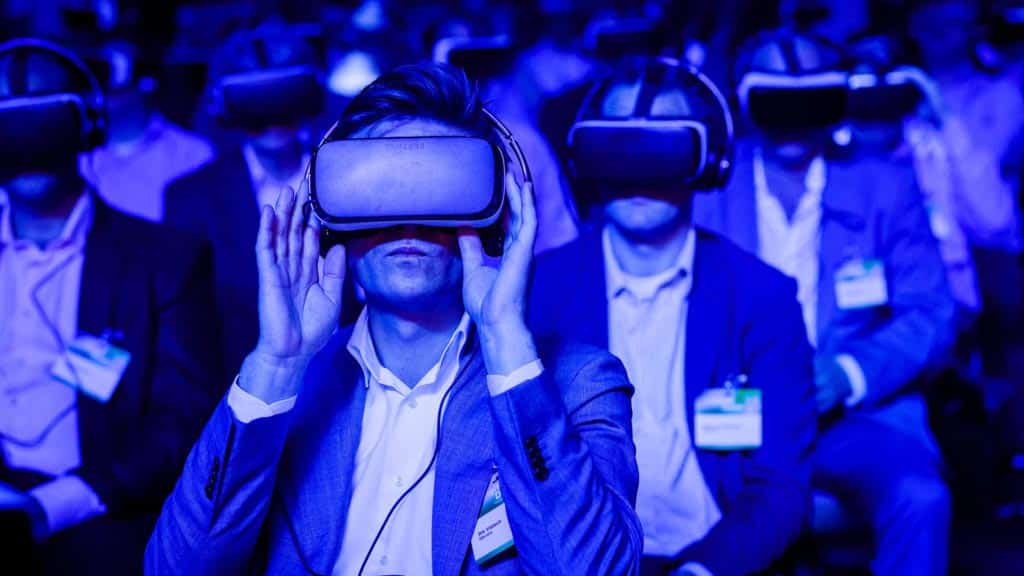 Digitalization is central to KPN’s annual Digital Dutch event. A thousand decision makers from the business community come together to discuss and experience what digitization entails in the Netherlands. During the 2016 event, invited guests were taken to three different moments for a VR experience at innovative Dutch companies.

KPN just got into full hipster and partial Oprah at once; everybody a VR experience.

The challenge was to show all invitees the 360 ​​degree content simultaneously and without any problems. Something that has never before been shown on this scale in the Netherlands. We were given the task of providing the virtual reality part and realizing KPN’s ambition, together with event agency Fjuze.

Especially for this event we started with the development of our VR Sync technology. This unique event solution makes it possible to send VR content to an infinite number of devices at the touch of a button. An intensive development process, many tests and a tight production resulted in a trouble-free and memorable experience.

The reactions from both those present and end customer KPN were overwhelmingly positive. Participants went wild on social media and called the Digital Dutch the event of the year, and it was only June. The VR Sync technology is now being used by dozens of event organizations and brands such as Bose, Deloitte and Google.