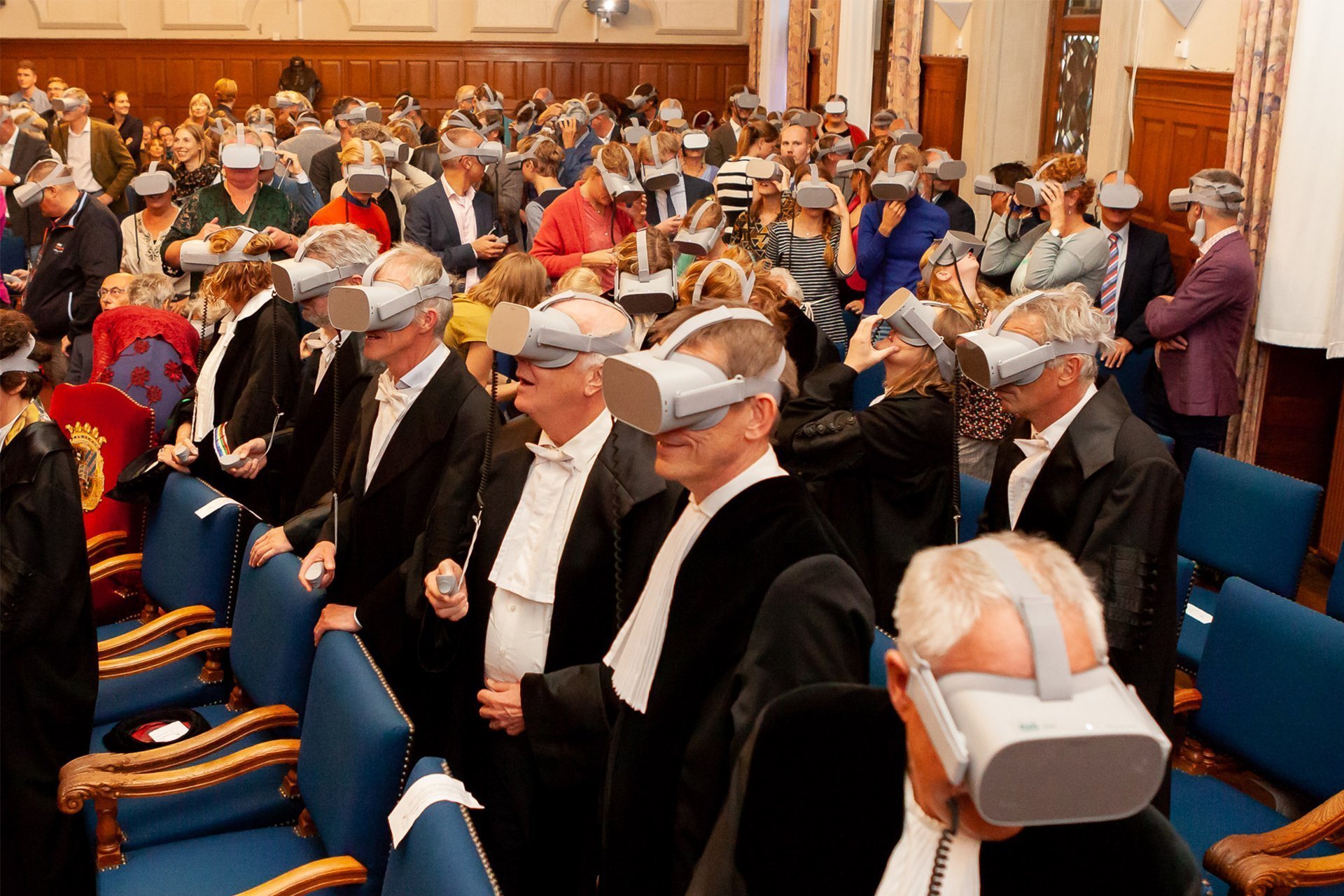 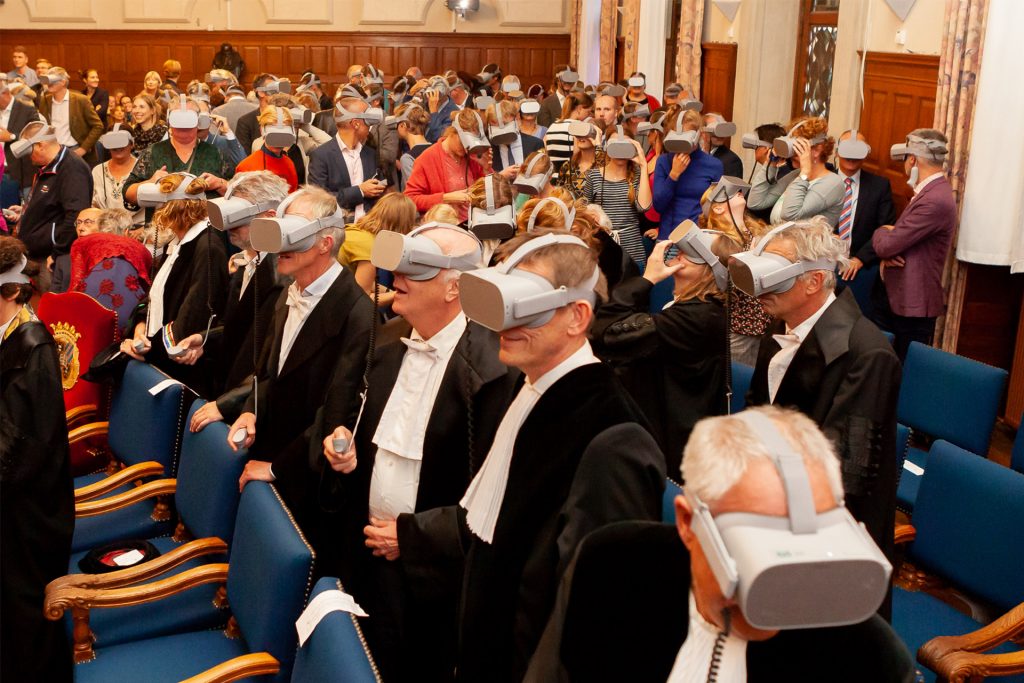 Wim Veling, assistant professor of Psychiatry at the University Medical Center Groningen (UMCG), received an inaugural lecture because of his research into “Psychosis in the social context”. With this research he developed new methods of diagnosis and treatment, such as VR therapy. The inaugural lecture was therefore not presented as usual, but by means of VR in order to show its power to those present.

As soon as the Oculus Go’s merged, those present experienced various situations in VR. For example, those present hung on the edge of the Martini tower in Groningen (fear of heights), were chased on the street (paranoia), started a fight with a group (aggression) and swam with dolphins (stress management). The 360 ​​° video, created by VIEMR, was simultaneously shown to the 200 attendees through the VR Sync software.

200 attendees simultaneously felt the power of VR. The situations outlined in the 360 ​​° video took the attendees and made them understand why VR can be such an effective tool for teaching people how to cope better with their social environment. It was a special moment for those present and Wim Veling.